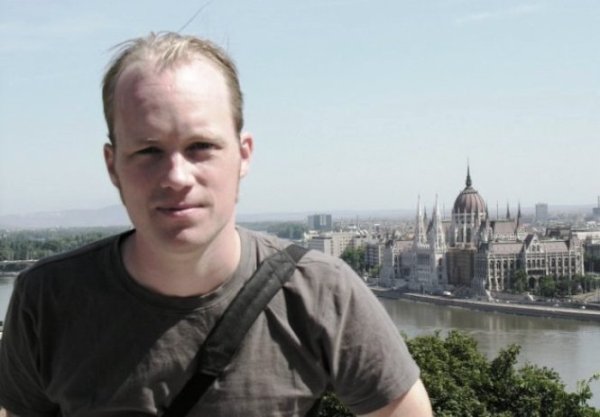 We have previously announced a collaboration with Johannes Edvardsson, and as of writing this, the work has actually begun. A musical piece entitled Ominous Dawn is the first manifestation of what is to be expected, and both Lost Kingdom and Mr. Edvardsson’s belief is that this will lead to something very fresh and unique indeed. While the latter has to date played in bands such as Quo vadis, Domine and Jubie, and created dreamful music under the name of Eerie Caffler, the orchestral arrangements and classical alignment of Lost Kingdom will make for an exciting blend.

Johannes Edvardsson took some time off to sit down with us for a little chat. Meet the man behind Eerie Caffler.

How would you describe your music?
I find it a bit hard to describe it myself, but there are a lot of influences from the seventies like progressive music, folk music, hard rock and sing and song writers. I heard someone describing it as Pink Floyd during their Atom Heart Mother period with Steve Hackett on guitar, which was nice. Another dude thought it sounded like a project by a metal maniac who had freaked out, ha-ha!

What inspired you to start make your own music?
It just happened. I started to play guitar when I was about nine or ten years old. If you are curious and know three chords you try to combine them in every possible way and suddenly there is something newâ€¦ the reason I started playing the guitar was the Beatles, they have always been a great inspiration.

Do you have any primary inspiration for your music?
Well: life, nature and music that I like.

How old were you when you first started composing your own music?
I don’t really know, I think it almost happened immediately when I learned my first chords on the guitar. I wrote a couple of songs when I was about eleven but it wasn’t until I was about sixteen and became a member of the band Engrave that I started to compose songs on a regular basis. Since then I have always had a couple of songs in the works at all times.

What musical composers most influence you?
Lennon/McCartney, as I mentioned before. Iommi and Butler in Black Sabbath are also a great influence. Robert Fripp in King Crimson, hmmâ€¦ perhaps it is easier for me to talk about different bands. Apart from the bands I just mentioned I think Led Zeppelin, Premiata Forneria Marconi, Devil Doll, My Dying Bride, Opeth, early Genesis, Area and Nick Drake inspire me a lot. The list can be made very long.

What instruments do you prefer to use in your compositions?
Well, I actually like the rock trio line up (guitar, bass and drums), but I prefer to write more complex music and add different and unusual instrument to the music. I like to mix hard rock with classical, eastern, oriental or folk music.

How long does it generally take you to compose a piece?
I can play the guitar for months and nothing happens, and then suddenly a riff or new combination of tones appears that thrills me. Often it only takes a couple of hours before the main structure of the song is ready when I have a good idea to work with. The long and painful process is to record and finish it.

How is it writing music for Lost Kingdom compared to your own project Eerie Caffler?
I guess there is no big difference in the writing process, except that I do not need to finish the song if I compose for someone else. That is their job. Maybe I feel a bit freer to try experimental stuff when I work with my own songs. I wouldnâ€™t give away a song based on one chord like Travelling Thoughts to Lost Kingdom, but I like to work with quite simple songs myself nowadays. [To listen to the referred song Travelling Thoughts, visit Eerie Caffler at Myspace]

Lost Kingdom is open for further cooperation; do you feel the same way?
Yeah, definitely. I haven’t heard what happened with my composition for Lost Kingdom yet, but I am sure it will turn out great. I donâ€™t have to do the actual recording myself, which is good because I don’t have too much time since my daughter was born. It will also be interesting to let someone else record and develop my ideas and see what happens. I haven’t done that before.