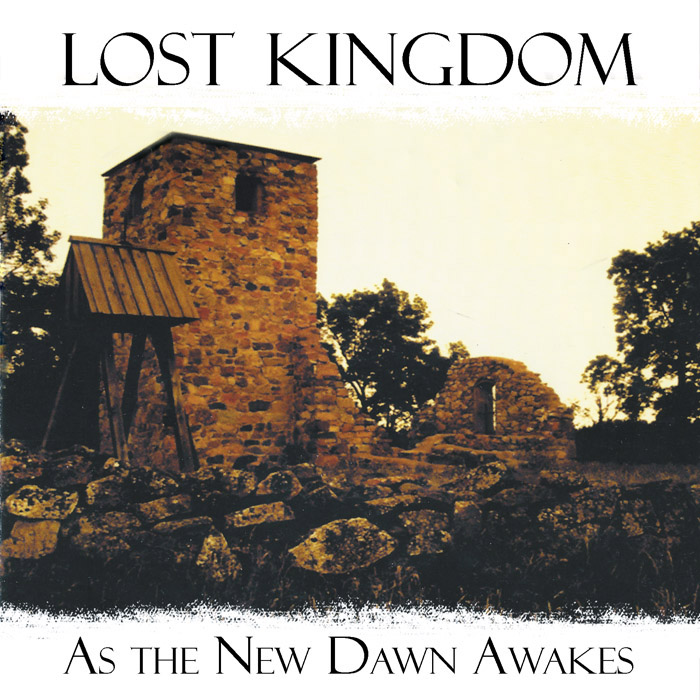 Comments
As The New Dawn Awakes, released through Waerloga Records in the spring of 2008, is the debut album of Lost Kingdom. It features a total of 10 orchestral pieces and is thematically composed with nature as the biggest inspiration.

In Heaven has previously been released on the Radio Rivendell Compilation, while The Bridge Over Gruhdok represented Lost Kingdom on The Book Of War. Under A Clouded Sky was originally included on the demo Shrouds Of Victory (2006), but was rearranged for this release. All other tracks are previously unreleased.

The second time I heard the whole album I had started to love it. Lost Kingdom are very relaxed but always with a feeling of mysticism. A very solid and good debut album from Waerloga Records. (Ivan Racheck)

The work of brothers Tjernberg shows taste, genuine passion and a wonderful gift of writing and arranging music. It is only right to applaud this wonderful debut. (Roberto Alessandro Filippozzi)

Lost Kingdom makes the perfect soundtrack music for fantasy games such as Morrowind and Oblivion, but I would not be surprised if the music at some point will be used in a movie too.

The tracks are diverse, each one has a dynamic of its own, and so we can mention it all as an album fully diversified in classicism.

[As The New Dawn Awakes] is done with the same good taste, talent and elegance that Lost Kingdom has become known for.

Lost Kingdom’s songwriting skills adhere to melody, where an organic correlation between folk music, film music, dark ambient and jazz strike a nicely balanced chord. It’s easily one of the top albums of this genre.

As The New Dawn Awakes is an incredibly impressive soundtrack. If mellow, relaxing sounds are what you’re after, then look no further, you’ve found it with this wonderful collection of beautiful tracks.